Chat with us, powered by LiveChat
Home > TTISI Books 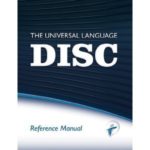 The most comprehensive manual in the world for understanding and applying the principles of normal behaviour based on William Moulton Marston. The Author the late Bill Bonnstetter, with a Master’s degree in business, was President and Chief Executive Officer of Target Training International, Ltd., in Scottsdale, Arizona, formed in 1984 and now markets products in over 90 countries. Bill is the author of 30 software programs and various training programs designed to tap the unlimited potential of the human mind: Building High Performing Teams, Energizing The Organization, Dynamic Communications, Sales Strategy Index, and the TriMetrixTM System. Bill was a Certified Professional Consultant to Management and is listed in Who’s Who worldwide. 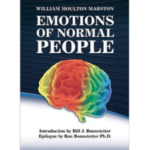 While most understand how the theory works now, in today’s world, true DISC experts understand where the original DISC came from. Those with the most advanced grasp of DISC have taken the time to study the foundation built by its inventor, William Moulton Marston (1893-1947). Marston, was a psychologist, a lawyer and a Harvard professor. He was also a feminist, the inventor of the lie detector test, a scientist relied upon by the CIA and, astonishingly, the creator of Wonder Woman. Were he alive today, William Moulton Marston would be astounded by the turn of events that made his DISC theory, first explained in “The Emotions of Normal People”, the most well-used psychological theory at work in business today. 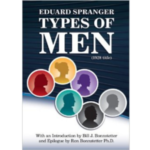 This re-release of Types of Men (1928) by German philosopher and psychologist Eduard Spranger details the science behind the value and attitudes portions of personality theory, which serves as the basis of TTI’s motivators assessment.  Spranger’s work lays the foundation for today’s commonly used values/motivators of theoretical, aesthetic, individualistic, social, utilitarian and traditional. 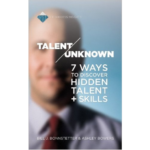 Learning, identifying and discovering the talents, skills, behaviours, and motivators we, or our employees, excel at, is very often a process of trial and error, exposure and rejection.  It is often challenging, sometimes even painful, but it can also be gloriously fun. But is there a better, more efficient & predictable way?  Can a deeper understanding of behaviours, motivators, skills and emotional quotient help us uncover these talents in each area? We think so! 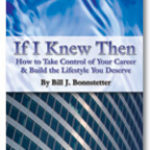 TTI’s founder has revised his book on motivators to provide you with supporting material in your efforts to instill the understanding and appreciation of motivators in the workplace. This paperback book is a wonderful quick read that is easy to share with your clients. Paired with a motivators report, this will help them understand each of the six motivators in a enlightening fashion that includes a thought process about motivators and their significance in life and work.